by Agata
Other
No comments
0 shares
Sports bras are a nightmare for D+ girls; boobs escape either out of the cups or under the wires and they usually hurt after the workout. I am a veteran of search for a perfect sports bra, and although I am certainly bored to death with the constant vigil, I think I found a pretty good pretender to the gold medal.
Anita Active – Momentum 65G
Wymiary/Measurements:
Obwód rozciągnięty/Band streched:  74.0
Obwód w spoczynku/Band:  60.0
Szerokość miski/Cup width: 18.0
Głębokość miski/Cup depth    22.5
Wysokość mostka/Gore heigth:  15.0
Wysokość pasa koło miski/Wing heigth: 13.0
Szerokość ramiączek/Straps width:  2.8
Haftek w rzędzie/Hooks: 4
Ocena: / Rating:
Estetyka / Aesthetics 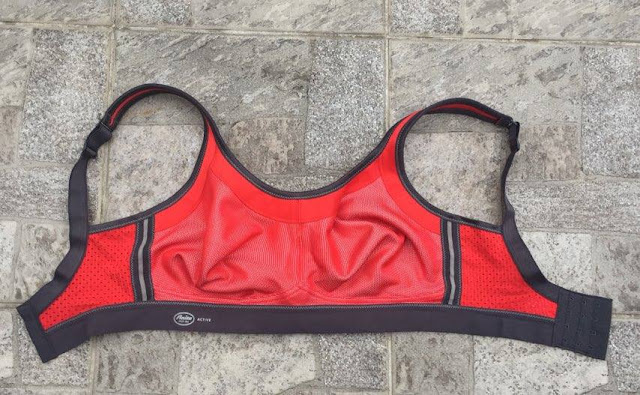 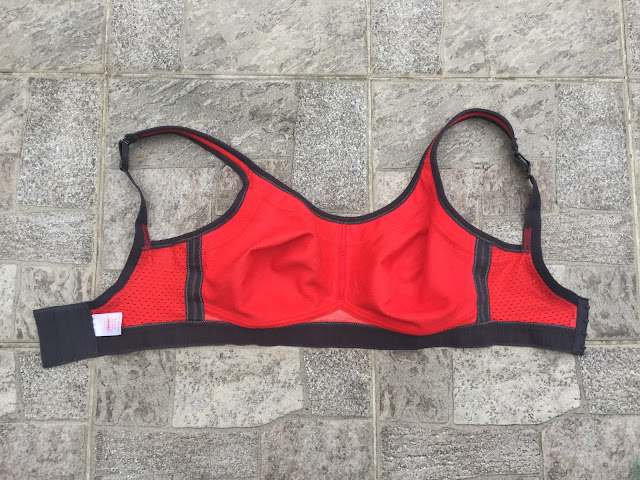 This bra comes along with one fantastic perk: my breasts don’t get diaper rash. The sweat is wicked away so efficiently that even the inbetween area of breasts remain relatively dry. The fabric is evidently artificial (and beautiful, metalic silver peers out from beneath the red), despite that however, bosom feels safe and comfortable in it.

As usual, four hook fastening makes it difficult for me to fasten the bra properly, that is however the fault of my clumsy hands and as such, it won’t affect the final grade, especially since a wide fastening is an advantage in a sports bra. 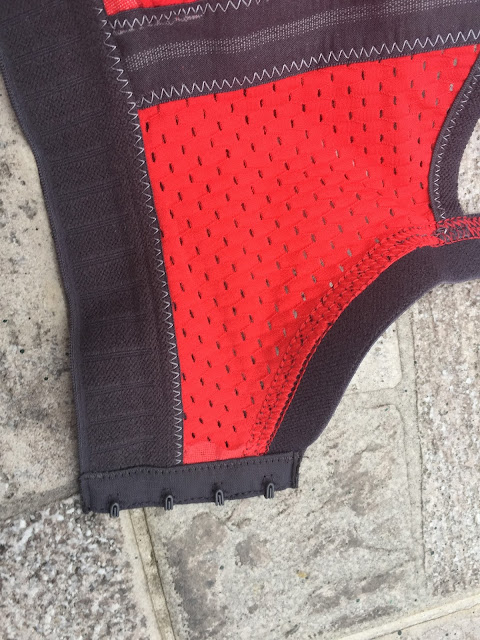 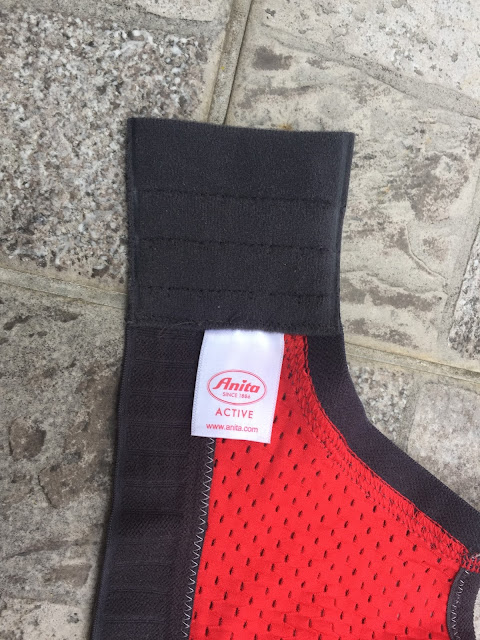 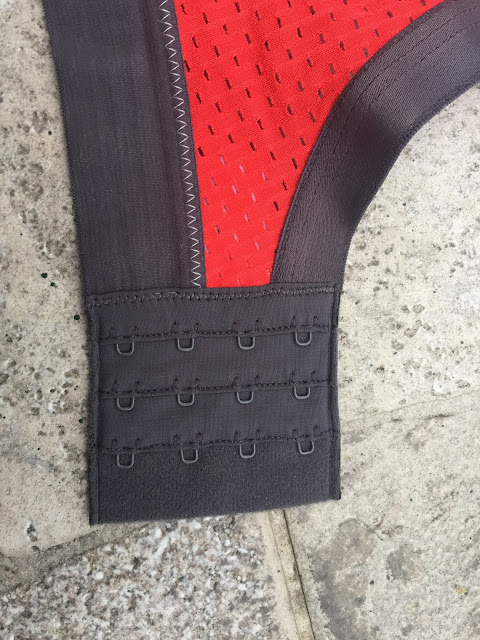 When it comes to shaping, I have to point out that Momentum doesn’t make breasts look like two perfect spheres and that’s basically its only bigger flaw. But, luckily, it doesn’t hurt my overall body shape, breasts look rather natural and they’re far from becoming a monoboob. I’m satisfied with that result. 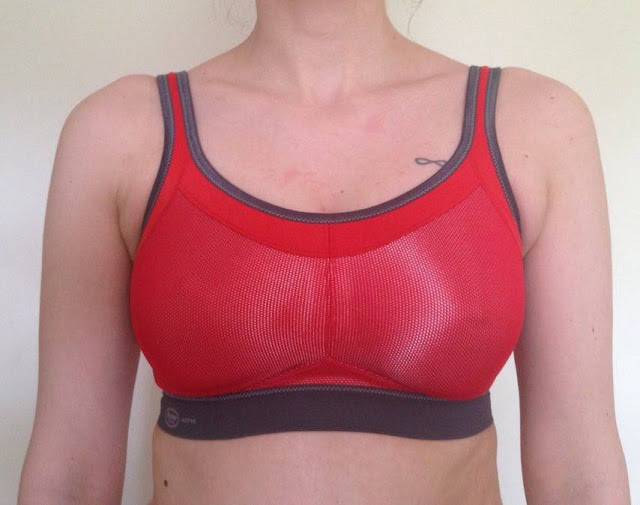 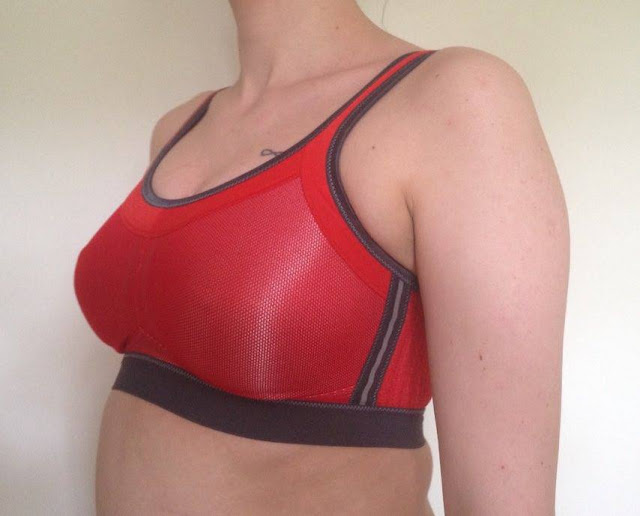 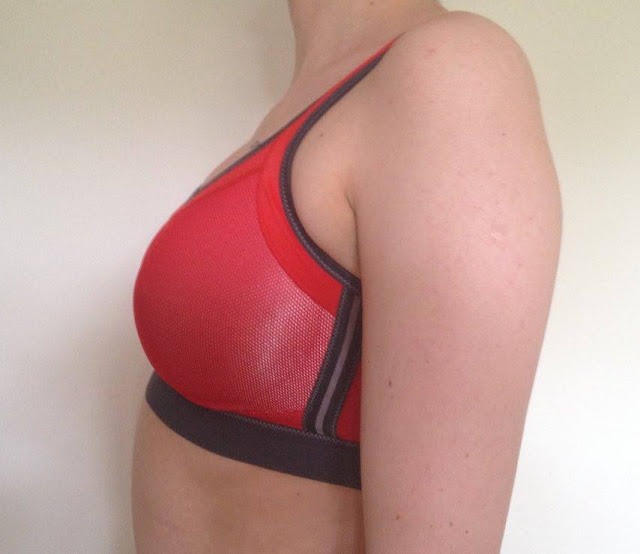 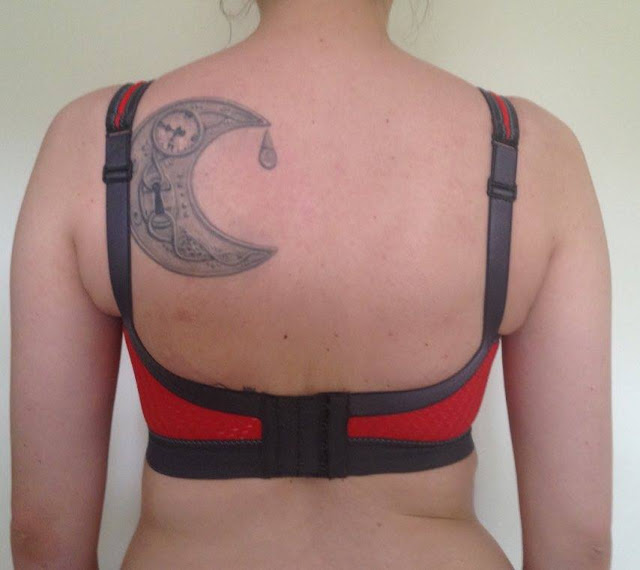 Breasts do bounce, albeit minimally; the bra endured every test I put it through in the gym, as well as wrestling with a 150 pound dog which was trying at the time to eat cat’s supper along with the cat as well. One lady in the gym actually followed me to the locker room to ask what sorcery prevents my breasts from bouncing and hitting my jaw during exercises; she seemed genuinely shocked at the concept that a sports bra is meant to do something more than just cover nipples, which just shows that bravangelism is needed even under showers. I’m thoroughly satisfied, thus far Momentum is the closest thing to The Perfect, Wireless, Sports Bra I had the opportunity to test out. I only wish it had a nice print or something, then I would be completely sold. 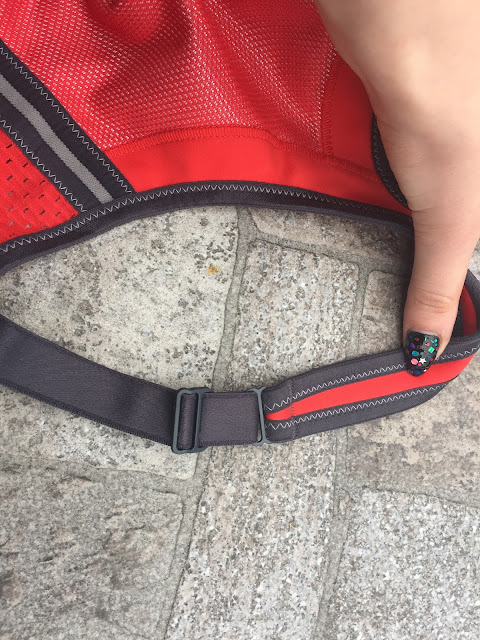 No real accusations can be shot at Momentum as far as aesthetics go – I couldn’t find a single loose thread, nothing rips or tears. All the elements have been sewn together professionally. Bra’s main section is made of a red fabric and it stands out – it seems to be composed of two layers and metallic silver fishnet peers from beneath the red layer. In effect, the bra sparkles stylishly in the right light and underlines the right curves, eliminating the optical effect of flattened breasts. It’s great and I appreciate the creative invention of the design team. There’s no shame in exercising without a t-shirt with this one! 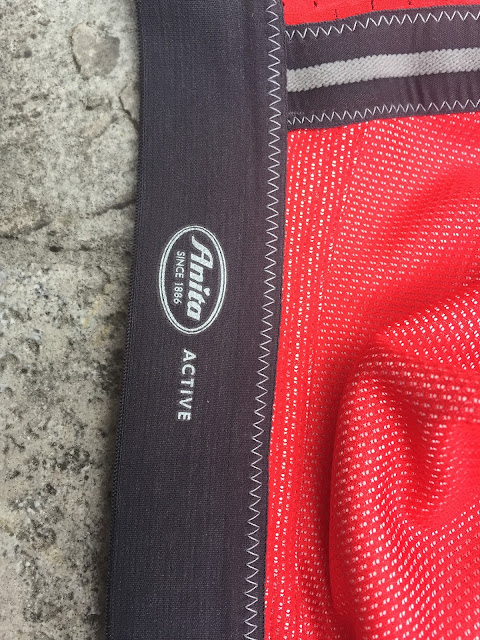 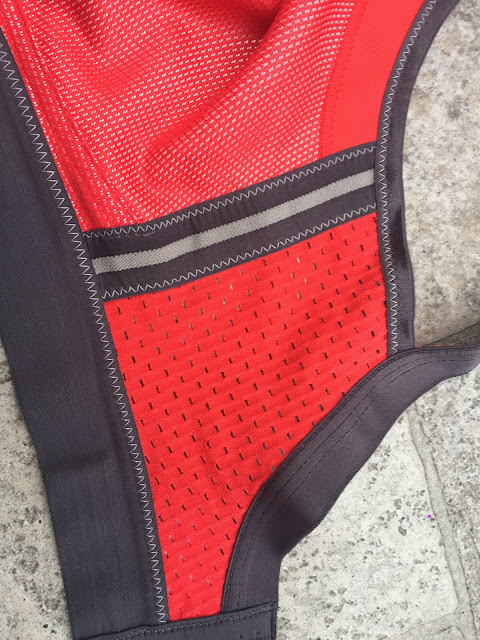 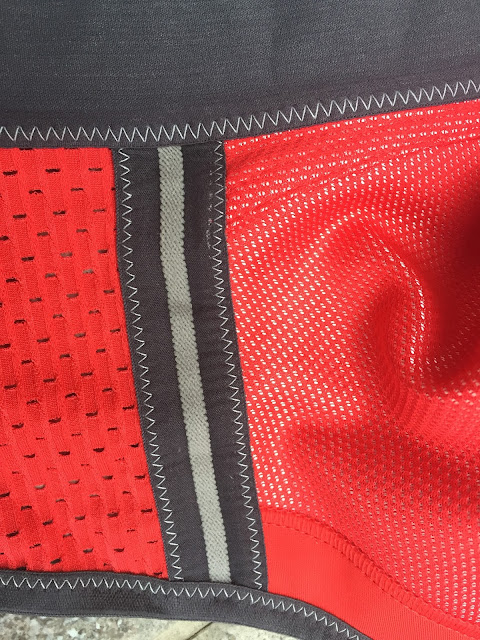 Price is about 230 zł – I don’t know how well does Momentum fare with bigger breasts, but if it does as good a job as with mine, then I can wholeheartedly recommend this model, as the price is more than adequate in regards to the quality of the product. It’s not perhaps friendly to a student’s wallet, but when it comes to Momentum, it’s one of those goods that are worth saving up for. It’s close to, if not as good as Panache Sport, and that’s a bar set on Everest – high level 😉

Gorteks – Pamela 65G; Tattoo You Can Take Off